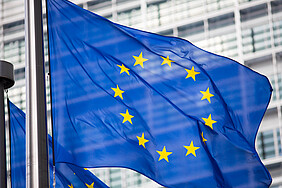 The European Commission has recently published a Communication on its assessment of the implementation of the Employers' Sanctions Directive. In this document, the European Commission outlines the findings and recommendations for governments to improve the implementation of the EU Directive, including access to information, equity and remuneration, and temporary residence permits for undocumented workers.

The European Commission recognises that the precarious migration status of exploited workers may prevent them from filing a complaint. Therefore, the Commission calls on member states to improve accessibility to complaints mechanisms for irregular workers in order to facilitate complaints in cases of irregular employment and exploitation, as well as to put in place policies or measures that allow them to contact law enforcement authorities without risking that their migration status affects the exercise of their rights.

This was a key point that PICUM (Platform for International Cooperation on Undocumented Migrants) called for in its written submission, to which KOK also contributed as a PICUM member. In early June, the European Fundamental Rights Agency (FRA) published a report describing how 25 member states have transposed the Employers' Sanctions Directive, noting that there are major gaps in full and meaningful transposition into national law and practice. In October, the European Trade Union Confederation (ETUC) published its position on the implementation of the Directive. The ETUC found that the provisions on guaranteeing back-pay, facilitating complaints and granting residence permits to undocumented workers are only implemented to a very limited extent.