Migrants who use smuggling networks to flee their home countries are often subjected to extreme violence, torture, rape, and kidnapping during transit. Despite the seriousness of these crimes, few actions are taken by national authorities, and in some cases public officials are complicit in these crimes. 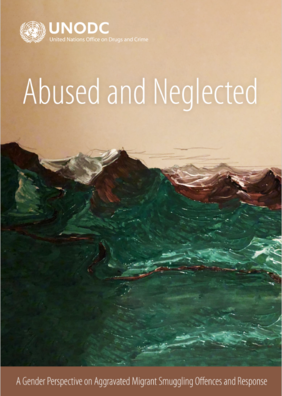 The UN Office on Drugs and Crime (UNODC) study Abused and Neglected - A Gender Perspective on Aggravated Migrant Smuggling and Response looks at the underlying risks that lead to abuse and violence during smuggling, and specifically addresses gender-related factors. It also analyzes the criminal justice responses to these abuses and the practical obstacles to reporting, investigating, or prosecuting these crimes. Finally, the study lists a number of recommendations for UN member states on how to respond to serious human smuggling and better protect affected migrants.